Ultimately, it's all just a Pro Rasslin' Show.  Mostly choreographed.  Actors playing characters for the audience.  And there's no way anyone is going to win the belt and hold onto it without the Bookers' consent.

But, like a Pro Rasslin' event, the Bookers have to yield, at least to some extent, to the fans.  Sometimes the guy they are trying to push to the top of the game just doesn't get traction, while the mid-card guy catches fire and becomes a true superstar.  Carefully planned angles fizzle-out, and something altogether different takes-off.  The Owners and Bookers adjust their plans accordingly.

We know that, at the unseen top level of GovCo, the fix is in for the Elite to always win.  But there seems to be some elements of actual competition in the public show below them.  The line between work and shoot can be pretty blurry. 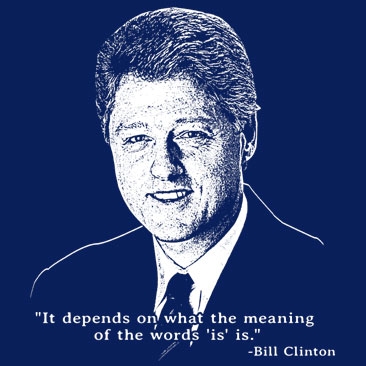 Team Blue Jackass:  Slick Willy's Legacy...
At the root level, so-called Liberals just aren't real big on the whole 'thinking' thing.  Strategy isn't a big part of their nature.  They are all about FEELING and the NOW.

So, when it comes to the Presidential primary season, they tend to go for the Liberal-est Liberal they can find, without much regard as to whether that candidate stands a chance of getting the "Middle Third".  (The swing voters who aren't part of the Republican or Democrat bases, and actually decide the general election.)

This should be a fatal flaw in Democrat Presidential campaigns.  But they have three things that give them a chance to win anyway...

One: They totally OWN their base.  Once a candidate clinches the nomination, he can do or say ANYTHING, and still count on their party faithful to not only vote for him, but continue to actively support him.

Two: The bulk of the MSM Press has a Democrat / Liberal bias.  They will cut the Democrat nominee a lot of slack.

Three: The Republicans often drop the ball.  More on that shortly.

Bill Clinton was masterfully aware of One and Two...  He knew he could campaign as Far-Left Liberal as needed to win primaries, then jump to the Center and campaign as a Moderate to appeal to the Middle Third in the general election.  He could ape Reagan positions and the 'Feminists', black 'leaders', and other Liberals who thought Reagan was worse than Hitler still loved him.  And he knew the Press wouldn't really call him on the far-Left stuff he said in the primary season.

Bill Clinton established the playbook the Democrats are still trying to use. 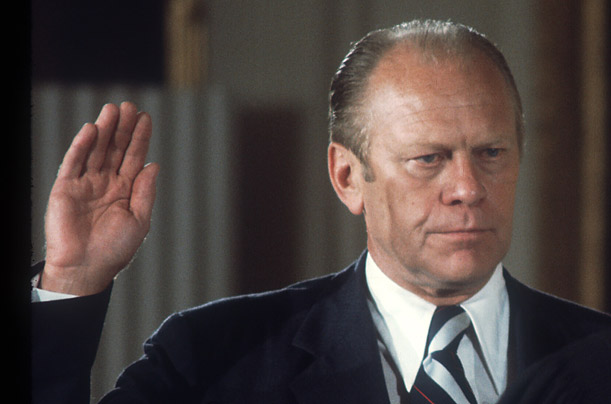 Of all the US Presidents, he was one of them.

Team Red Pachyderm:  The Ghost of Gerald Ford...
In 1974, Gerald R. Ford made it all the way to the White House based on the fact that he'd had a long career in politics without ever getting into any major controversies or really pissing anyone off.   Seriously.  That's about all there was to it.  And this seems to have become the Republican theme ever since.

From the GOP Establishment all the way down to the root level, so-called Conservatives are big into planning ahead.  Being strategic.  Right from the dawn of the primary season, they are thinking in terms of picking someone who can win that all-important Middle Third in the general election.

So even Arch-Conservative Republicans are prodded to support the most Moderate, inoffensive candidate available.  They're told there is no way an actual Conservative can win in November.  And the Press certainly isn't going to let a Republican nominee get away with a big jump to the Center like the Democrats do.

The strategy-minded Republicans dislike the primary season altogether.  They're afraid that the battle for the nomination will leave their eventual nominee tired and damaged before the general election.  So, what they really like to do is pick a go-along-to-get-along, milquetoast RINO and anoint him as presumptive nominee as early as possible so that the primaries can become non-competitive pep-rallies.

It looks like a viable strategy.  Except that it tends to produce a boring nobody with no momentum going into the general election.  And the Republican base will not always slavishly rally behind a nominee who doesn't represent their positions.  The Republican strategy seems to forget that Gerald Ford never won a national election.

(Ronald Reagan actually sort of muscled his way in in 1980 against the GOP Establishment's wishes.  You'd think his political success would have exorcised the Ghost of Ford, but somehow it did not.)

Election 2016....
This brings us to the current, surprisingly interesting Election Year.

It started-out looking pretty predictable.  The Hillary Clinton, virtual Queen of the Democrats, was damned-well going to get her run this time.  The other 'candidates' were just a formality.  Except for a straight-up cartoon Communist who was thrown into the mix to help Hillary look Moderate by comparison. 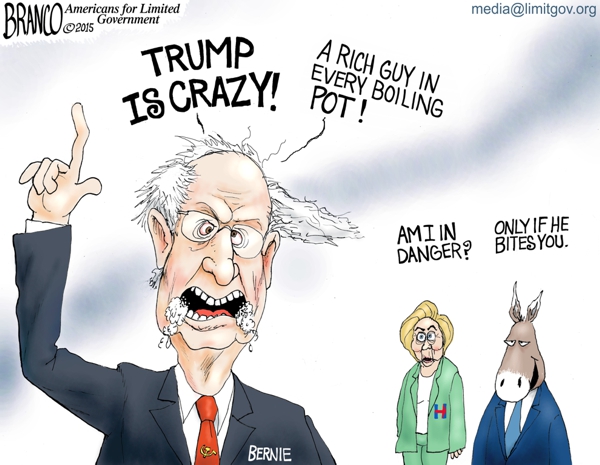 The Republicans were apparently going to do their usual thing.  Probably anointing Jeb Bush to slide through a mostly uncontested primary season.  Can't get much more GOP Establishment than a lifetime politician who is the son of one President and the brother of another.

But it looks like things may have gone a bit off the original script for both parties...

The Democrat planners apparently forgot that their base doesn't think ahead to November.  Or think much at all.  The cartoon Communist is promising them free goodies, and they want to believe in Santa Claus.

The official kick-off of the season Iowa caucus had Sanders in a virtual draw against Hillary.  Her path to coronation looks a little less clear right now.


It appears that the Republicans have really been thrown for a loop by Donald Trump throwing his hat into the ring, then running as an unapologetic, pro-America, throat-puncher of everything Politically Correct.  Finally given a candidate who isn't just slightly less Liberal than the Democrats, alienated Conservatives and what we used to call Reagan Democrats have rallied to push Trump to the front of the pack. 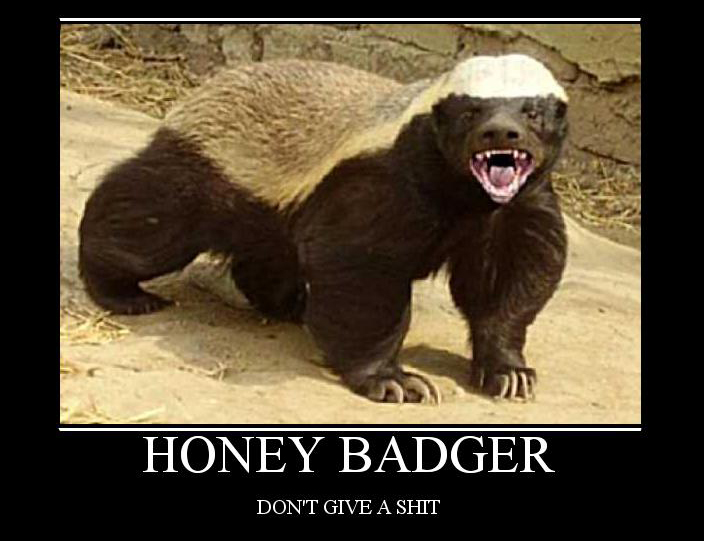 Donald Trump's spirit animal.
But there is much wailing from many of the Too Clever By Half, strategy-minded Republicans who say there is no way someone like Trump can win the general election, and are determined to shoot him down in favor of a more mild-mannered, establishment candidate.  (Yeah.  That worked so well with McCain.)

Trump went into the Iowa caucus with a solid lead...  Then, mysteriously, Marco "Is He Actually Still In This Thing?" Rubio suddenly wound-up with a big chunk of Trump's support, allowing nice, establishment politician Ted Cruz to win the day.


Caucuses are kinda' shady by their very nature, and Iowa this year looked particularly suspicious.  Could be that both parties are struggling to get back to their original scripts...  The Democrats by averting a momentum-boosting big win for Sanders...  The Republicans by trying to break the Trump juggernaut's momentum with a loss.

Neither party is above tampering with outcomes to get an establishment guy nominated.  (See Ron Paul 2012.)  The question is whether they're going to bet on the momentum effects of Iowa, or will relentlessly sabotage the process as long as it takes to get their way.

Predictions...
Barring the astronomical unlikely event of Hillary being taken out of the race by her horrifyingly criminal incompetence/ treason as Secretary of State, she will absolutely get the Democratic nomination.  Seriously.  This is the Clinton Political Machine we're talking about here.  Sanders will be Vince Fostered before Hillary is denied again! 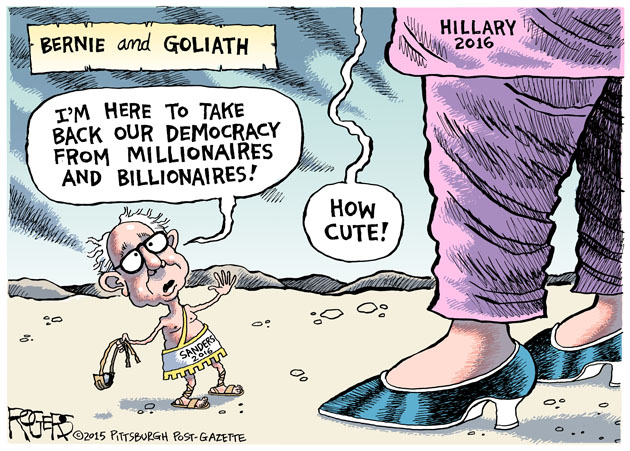 If the Republicans insist on derailing Trump in favor of Cruz or another RINO, we can expect a replay of the 2008 election.  McCain 2.0 being too cowed by fear of being accused of misogyny/sexism (replacing racism from '08) to challenge Hillary on anything, while the Democrats build-up all kinds of enthusiasm for their History Making Heroine.  Basically, she gets to run unopposed, like Obama did.

If Trump is allowed to win the nomination, he will do far better against Hillary.  Probably beating her.  He has the stones to point-out that she is everything Liberals claim to hate.  And, unlike every Republican nominee since Reagan, he is someone who at least pretends to have the best interest of America and its citizens at heart.  So he can actually get Conservatives and even libertarians to vote FOR him, rather than just hoping they'll turn out to vote AGAINST the Democrat.  After eight years of Obama doing everything they hated Dubya for, but harder, even the less delusional Democrats may consider Trump an improvement. 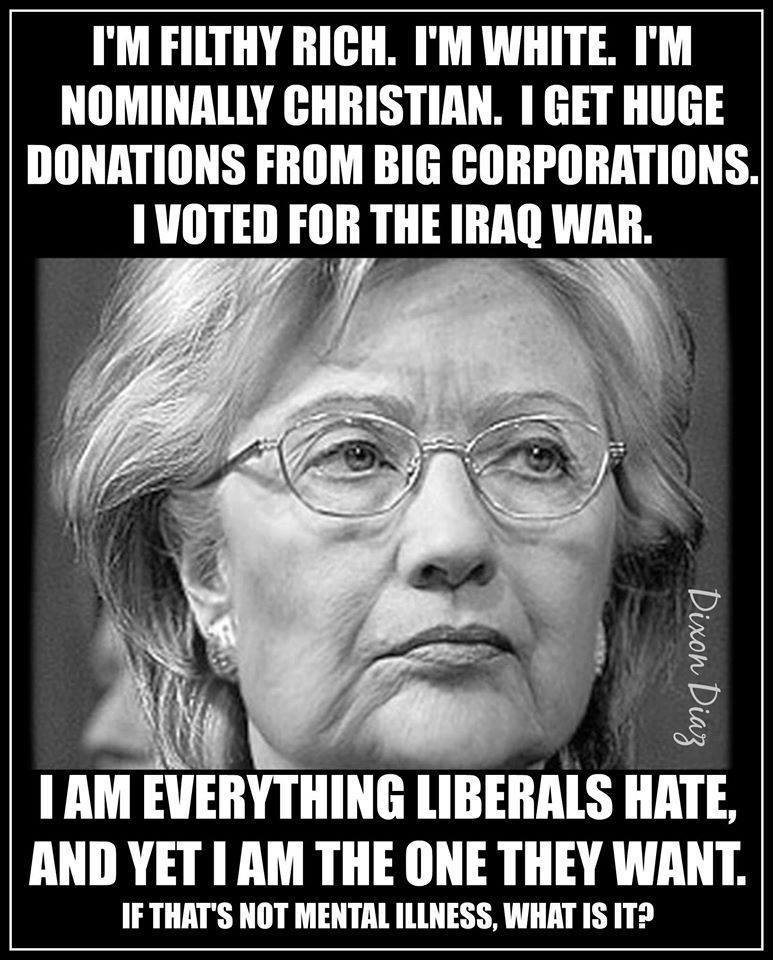 I've often said that it doesn't matter who the GovCo front-man is.  This whole season may be going exactly as scripted, with Trump fully in the pocket of the establishment.  (If so, kudos to the bookers for much-improved storytelling so-far!) If elected, rest assured Trump will get the message and play within the limits the real bosses set for him...  Or he'll get gone.

The last President to get serious ideas about defying the Powers That Be had mind changed... Into a mess splattered all over Dealey Plaza.

But, for once, I think the outcome of this election matters.  Not because of who will be sworn-in next year.  But because it is important that enough Americans are sufficiently determined to support and vote for Trump to get him nominated and elected by a sufficient margin to overwhelm the usual shenanigans.

Why Trump?  He's an arrogant blowhard.  More than a little obnoxious.  But he is the only candidate actively and decisively opposing the utter destruction of America.  Not Constitutional government, which has been a rotting corpse for a long time.  The core culture and traditions that made America great are at a tipping point on the edge of oblivion, and only Trump is Politically Incorrect enough to even pay lip-service to protecting them. 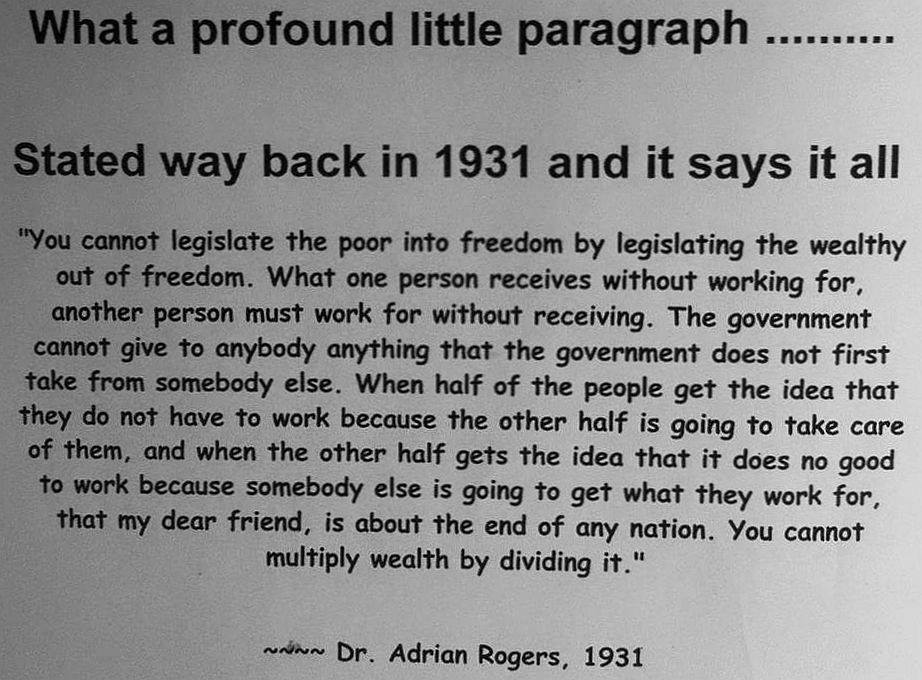