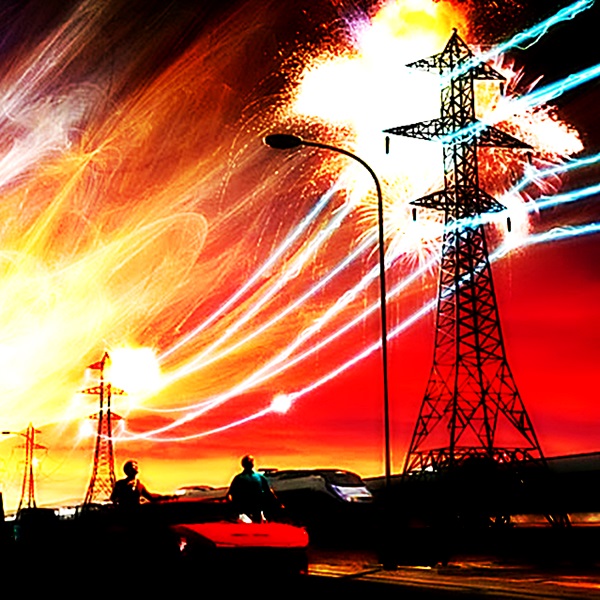 Enough with the hype about the dreaded EMP attack.  It's strictly the stuff of lazy hack sci-fi writers. There are plenty of real civilization-ending forces out there to worry about without going on and on about this non-threat.

Yes, the EMP effect is scientific thing.  Yes, it was dramatically demonstrated by US and USSR testing over half a century ago.  But you may notice that nobody has ever actually used an offensive EMP.  There are good reasons for that.


First, it's a lot harder to make one work than people seem to think. Setting off an atomic bomb at ground level, on your own soil, is child's play.  Firing glorified V2 missiles into the open ocean is likewise.  Producing an absolutely reliable nuclear warhead that is sufficiently compact and lightweight, and a rocket capable of getting it to orbital altitudes past various defenses, is a exponentially more challenging.

Second, any such weapon would be utterly unreliable, simply because there is no way to test it beforehand without everybody knowing.  There's every chance that the thing could fail catastrophically...  Or work, but produce unimpressive results.  Imagine betting everything on an EMP strike, only for it to cause transient inconveniences in a few portions of America!

Third, even if it worked like in the movies... {ZAP! All electrical systems fried across America!} ...whomever launched the thing would still lose in the worst way.  Whether an EMP attack is a dud, knocks America back to the Stone Age, or anything in-between, it still counts as a Suicidally Ineffective Nuclear First Strike! It will do nothing to disable the US Military, which is not only EMP hardened, but also has sufficient resources outside of North America to turn the EMP launching country into a glowing, glass parking lot a dozen times over.

Yeah, yeah...  [Insert the Geopolitical Supervillain du jour] is like, totally crazy...  At least that's what the propaganda machine tells us.  But something as technically sophisticated as an EMP strike is going to require a good number of rational minds to pull off.  If our antagonist is a drooling psycho getting strategic advice from his stuffed animals, sane people aren't going to humor him to the point of bringing absolute destruction down upon their own country..

I know the whole EMP thing really fits nicely into the back story of survivalist fantasies, but real doom rarely comes in such clearly defined moments.  If your 'prepping' is all about being ready for the Big SHTF moment, there's a 99% chance you're going to find yourself living in a Fedghetto before you even realize it, your BOB forgotten in the back of a closet!