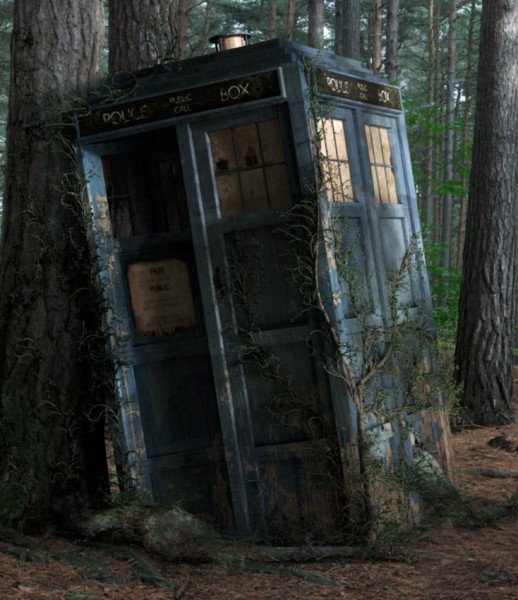 Yes, the way I look and live, you might suspect I was created when someone ran Hoss Cartwright and Grizzly Adams through the Brundlefly Machine.  But, under this 19th Century throwback hide beats the heart of an old nerd...

I became a Whovian about 40 years ago when, in the wake of the Star Wars phenomenon, American PBS started running the UK's best-known sci-fi show, Doctor Who.  Low-budget, sometimes thoughtful, sometimes goofy, and I watched hell out of it until it was cancelled in 1989 and faded from US rebroadcast in the '90s.  Rode-out the bad '96 failed attempt at a restart via TV movie special.  And was right with them when the proper (and ultimately very successful) relaunch came in '05.

If you're remotely interested in this show, you'll know that the central character is a human-looking alien known as "The Doctor" who periodically 'regenerates' into a new person.  (Explaining recasting the actor.)   There have been twelve starring Doctors since the show started in 1963.  (Plus a few other incarnations, but that's far too timey-wimey to get into here.)

Now the BBC has given into SJW pressure, and/or pulled a stupid ratings stunt, by naming a woman to play the next incarnation of the Doctor.

I've got far more important things to be writing these days.  But, after four decades of fandom, I'm going to allow myself the indulgence of a rant explaining why this is industrial grade asshattery.


As a nerd, I'll start with the nerdiest pet peeve: Continuity.  Seems like everyone disparages the concept these days, but what's the point of SERIES fiction without it?

From 1963 to 2010, I'm not aware of any in-universe suggestion that transgender regeneration was even a possibility.  (Spin-off media doesn't count. Only madness that way lies.)  The Doctor had regenerated ten known times, all male.  Others of the Doctor's species regenerated, or were seen to have done so, always retaining the same gender.  The first hint we get that transgender regeneration could happen is when the freshly regenerated 11th Doctor was taking inventory of his new form and, feeling his ample head of hair, was momentarily horrified that he might be a girl!


Okay...  Aside from being a continuity wonk, there are a couple of story formula and structure reasons why a female Doctor is a bad idea.

The most common structure for a Doctor Who story has a situation already in-progress when the Doctor arrives on the scene.  He then slips into events, usually with remarkably little notice from the characters already in the thick of the plot.  There's often a scene that goes something like this:

"Hey, where'd that guy come from?"
"I thought you knew.  He says he's a doctor.
"Doctor who?  Nevermind. He's the only one who seems to know what's going on!"

This doesn't work unless the Doctor is kind of nondescript.  That's why, despite being an alien, he doesn't have six eyes, plaid skin, and antenna.  He's usually taken for some sort of mid-level official or consultant.

In 2017, we don't bat an eye at a female doctor, medical or otherwise.  But the Doctor is a TIME TRAVELER.  Every time a female Doctor lands in Earth's past, we're going to be treated to her having to convince people that she's not supposed to be barefoot in the kitchen... And a big dose of Feminism On Parade, even though that means belittling people for having outdated attitudes which are NOT outdated for their time.  (I'm pretty sure that's discouraged in the first chapter of the time travelers' handbook.)


Another structural problem with a female Doctor is that the Doctor is a quintessentially male character...  No, he's not 20 stone of bulging muscles with a machine gun, or any such macho stereotype.  But he goes around FIXING THINGS.  That's what he does, who he is.
Women love to curse men for that!   "Stop trying to FIX everything! Just LISTEN and BE HERE for me!" So, either you're going to have a character who is absolutely not the Doctor, or you're going to have a female character acting fundamentally male in a way just subtle enough to be off-putting.


Network suits catch a lot of flack for stifling creativity and promoting homogeneity in programming, and there's some justification for that.  But they never get the deserved credit for buffering some of the less-viable notions from the creative types into something that has a real chance of success in the marketplace.

I think the network suits at BBC have gone AWOL or something.  It doesn't matter if the so-called SJWs, liberals, and feminists think "It's time for a female Doctor!" It's a television show. It's function is to draw viewers, not to fulfill some lefty social agenda.

And it's a science fiction show.  That means the core audience is nerdy guys.  If you want to keep and expand that audience with a female lead, you'd better have her fighting Daleks in an aluminum space bikini!  I don't care if you find that offensive.  It's just the way it is.  Guys aren't going to want to sit around watching a schoolmarm lecture cavemen on the finer points of political correctness very long. 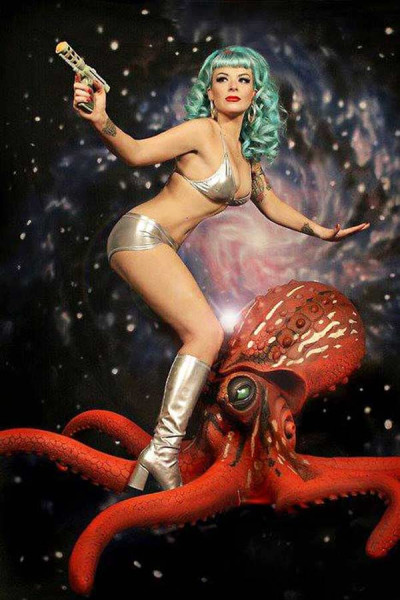 If you want a female lead that gets ratings...
Of course, Doctor Who has expanded its viewer base to include a lot more fangirls in the 21st Century.  This is because the Doctor was finally allowed romantic story lines, and Non-Threatening Boyfriend type David Tennant was cast as the lead.  Historically, young women do not turn out in droves to watch 'strong female leads'.  They'll pick up on something being 'not quite right' about a young woman subtly acting like a man even more than male viewers will.

The lack of successful female leads in sci-fi isn't oppression or conspiracy.  It's human nature.  Exceptions that prove the rule include...

Wonder Woman (1970s).  Gorgeous brunette running and jumping around in what was essentially a strapless one-piece swimsuit and go-go boots.

Star Trek: Voyager.  Finally, a non-fanservice female lead...  But in a large ensemble cast where her essentially gender-swapped version of Picard has other characters for the male viewers to identify-with and lust-after, and to engage in romantic plots for the fangirls.


Call me a sexist for saying that you can't build an iconic level sci-fi show around a serious female lead character, but apparently the 'feminists' cheering for this transgender regeneration agree with me!  Otherwise, why would they be so enthusiastic about riding on the coattails of a dozen male actors instead of creating a brand new, female sci-fi icon of their own?

Maybe they think some sort of male oppression has prevented female characters from having a shot at rising to icon status, so they deserve some affirmative action to compensate?  Okay...  They could have been spotted access to the Doctor Who fictional universe.  Over a half century of backstory and world building already done for them.  And a roster of female characters ripe for development.  Missy, Susan, Vastra, River, Jenny, Clara, Romana, Bill...  But no.  Even that colossal head-start isn't good enough.  They want an already-established icon role handed to them on a silver platter.  And they think this is some sort of glorious victory?

Actually, this is the underlying spiteful nature of the SJWs exposing itself.  It's not enough for them to make gains, men have to suffer a loss.  They're enjoying the destruction of a male icon much more than the elevation of a female.


What does this mean for the future of Doctor Who?  I expect that the 2017 Christmas Special and the first several episodes of the 2018 season will garner huge viewer numbers, and the 'progressive' press will gush about how wonderful the new lady Doctor is.  Then ratings will start to slide into a plunge.  Just because the SJWs want the Doctor to be a woman doesn't mean they'll actually tune in to watch the damned show every week!  They'll quickly lose interest and move on to ruin something else.

And, given their behavior so-far, we can expect the BBC to respond by trying to browbeat people into tuning-in.  Claiming the only reason we stopped watching was that we're misogynist scum.  Yeah. That's the way to make a show successful.  Attack your audience. 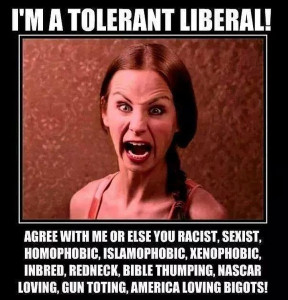