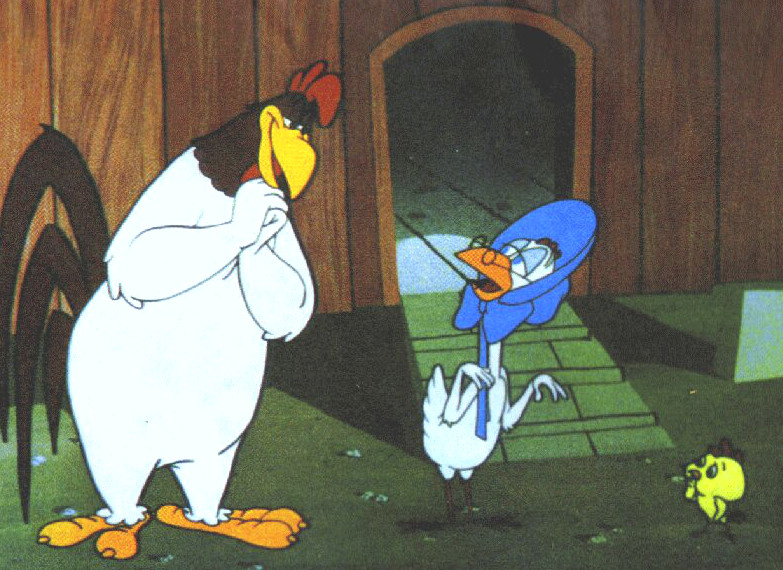 Several of the farms I lived and work on over the years had chickens...  And I never really liked having them around.  They're noisy, get guano all over everything, and have a knack for raising a ruckus just when I'm trying to calm down a nervous colt.  They get underfoot, and are far too easily killed.  A handy snack for yotes, dogs, bobcats, foxes, 'coons, and even some other birds!

But I do like eggs.  And, once I discovered the concept of the chicken tractor, they became a welcome addition to the doomstead.

In fact, chickens are a no-brainer for anyone interested in self-sufficiency.  They don't require acreage, expensive facilities, or much investment at all.  Nor do you need a lot of skill or know-how.  They eat darned near anything, and pop-out eggs.  And, unlike the cattle and horses we have on the place, they hardly ever bruise us up or break our bones! Hardly ever, that is!

Getting Started With Laying Hens.

Just go down to your local farm supply store in the early Spring and pick up a half dozen hatchlings.  All hens.  You don't need a rooster at this point.  Fortunately, they should already be gender-sorted, because it's difficult to tell them apart as chicks.  There are all sorts of fancy breeds, but I just like hardy birds that make big, brown eggs like Cinnamon Queens, Rhode Island Reds, Orpingtons and the like.  They cost maybe a few FRNs apiece.

You'll need a makeshift brooder for the first few weeks.  We use a big, plastic tub in the store room with a grate over the top to keep the little fuzzballs from hopping out.  An inch or so of pine shavings for bedding.  A heated back pad between the tub and the floor on one end, so the birds can get away from it if they feel too warm.  (Make sure your heat source doesn't get more than just warm... Don't want to melt the tub or damage the floor!)  You'll need a shallow, but heavy (like ceramic) bowl for a feeder, and a water dispenser.  The mason jar type works well here. 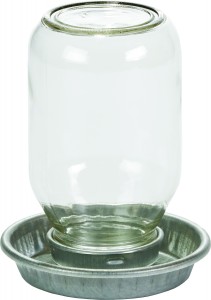 You can feed the chicks fine-ground grits, cornmeal, and other seeds and grains in the post-Cornucopian future.  But, while it's still available, you can enjoy the advantage of packaged, medicated chick-starter.  Pretty much let them have all they'll clean-up.  But don't dump too much at once, or they may get it filthy before it's eaten.  Keep clean water available to them at all times.

The brooder tub will need to be dumped-out and the shavings replaced every day or two.  It's handy to have two tubs, so you can just swap the birds over to the fresh one.

Take the little ones outside when the weather is nice and you can babysit them a while.  Hatchlings may be small enough to get through the chicken wire, or careless enough to get hooked by an ambitious cat reaching-in.

As they get bigger and stronger, the tub gets too crowded, and the Spring weather stabilizes, you'll leave the chicks out longer, until they're living out in the coop or tractor full-time. 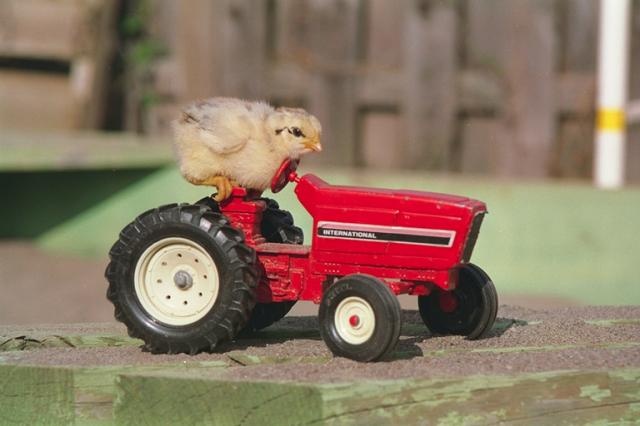 A lot of people like to let their chickens run loose.  It allows the birds to forage for food, clean up grain spills that might attract mice, and even kill mice and some snakes directly.  But, for the reasons I mentioned earlier, I prefer to keep the fowl confined a bit.  So ours live in chicken tractors.

A chicken tractor is a mobile coop.  You can buy fancy pre-made versions.  I've seen a few pretty neat ones made from old trampoline frames.  Ours were built with simple 2x4" frames and chicken wire. 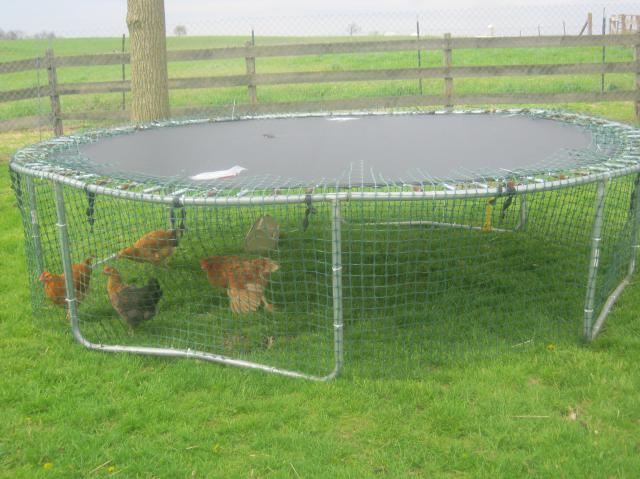 The first one I went overboard with.  A-frame design tall enough for a man to stand upright inside, and a big nesting box with room for each of our original half-dozen hens to have her own nest...  This made things heavy and hard to move for no good reason.  Turns out that a waist-high coop that can be accessed through the top is fine, and birds raised together from chicks tend to sleep almost on top of one-another and take turns laying in the same nest.

The second tractor I built as a temporary home for the second batch of chicks we bought as the first started to age-out.  This time I made it waist-high with a peel-back wire top.  Also gave them a much smaller, lighter nesting box.

The third one I built when we realized the old and new hens weren't going to integrate well.  It's a larger (but not taller) version of the second, but with corrugated roofing tin for a lid.  This gives the birds shade, rain/snow protection in addition to their little nesting box, but still allows easy access and relocation.

All three tractors are still in use.  Turns out to be easier to have a few little ones than one huge coop.  And it seems like none of the batches like newbies joining their flocks.

Chickens are pretty easy.  Get a waterer and keep it full and clean.  (They do like to fill the water tray with crud as they scratch around.)  Throw in some horse grain, dry pet kibble, calf manna, table scraps.  Especially bread, grits, oatmeal, and meat.  They're omnivorous.  Move the tractor to fresh grass/ground whenever the current spot gets bare.  (It'll grow back really fast due to the guano and surface scratching.) 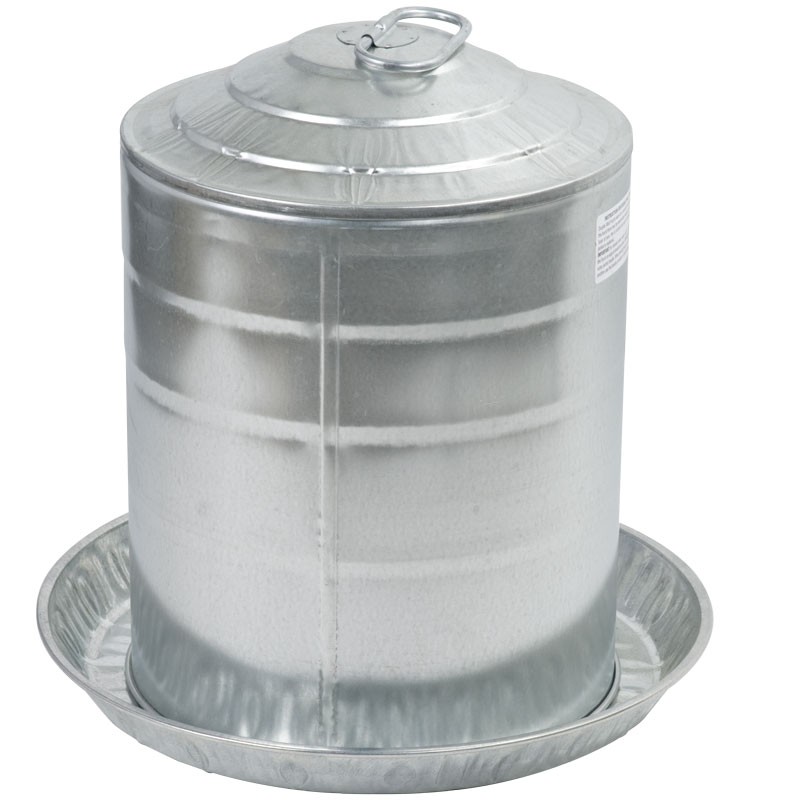 Add some crushed oyster shell or other calcium supplements.  They use a good bit of the stuff making egg shells.

If you have dairy production, chickens do well on milk.  Ours prefer it after it's been allowed to clabber a bit.

If they don't eat something you give them right away, don't retrieve it too fast.  They may like it better a little rotten.  And they may enjoy eating the flies or ants attracted in the mean time.

Chickens like red pepper and hot tasting foods in general.  And it's good for them.

You may want to dump in a pile of COLD wood ashes from the stove now and then.  Chickens like to dust bathe in them, and it gets rid of surface parasites.

It's best to keep the tractors close to the house, especially at night, where predators are less bold about trying to get them.  Chicken wire will keep your cluckers in, but it's not sturdy enough to keep some critters out!  So you may need something stronger if that's a problem.

They'll need shade in hot weather.  I set up a couple of large computer fans (quiet and need little electricity) and a small solar panel for them.  In the worst heat, I put large chunks of ice into their waterers.

So long as they can get out of the rain, have a wind break, plenty of food, and some bedding, adult chickens can tolerate sub-freezing weather pretty well.  If you live where the winters are sub-zero brutal, you'll need a better hen house.

The really awesome thing about chickens is that they just make eggs.  You don't need a rooster.  They don't have to be bred or anything.  They just reach maturity and start laying eggs.  (Unfertilized eggs that cannot be hatched.)  They start out with undersized, but still perfectly good eggs.  Then make 'em bigger as they get older.

Check frequently for eggs, and retrieve them immediately.  Chickens can develop a bad habit of breaking and eating them!  Try to make sure the nesting area is shaded, so the eggs aren't so visually attractive in the bright light.  We also added ceramic decoy eggs to help dissuade the birds from the idea that eggs are edible.  They look real enough that I had to put little Sharpie X marks on the ends of them to keep from accidentally collecting them myself.

Egg production may slow down or stop in the Winter, when the chickens go through their normal molting cycle, or when a hen has passed her prime.  Don't be too quick to make gumbo out of them.  Even old hens who seemed to have retired will sometimes resume laying after a rest.

Avoid washing eggs unless you really need to.  They'll keep quite a while at pantry temperature with their natural bloom intact.

Once in a while, a hen might get an egg stuck inside her.  This will kill her in around two days if not rectified.  You can usually tell that she's going to the nest repeatedly, but not producing an egg on her usual schedule, and generally acting sick or distressed.

Setting her in a warm bath with Epsom salt, gently massaging her abdomen, and lubing her egg vent with Vaseline, then keeping her warm, comfortable, and undisturbed with plenty of water, maybe electrolytes, will usually allow her to pass the blocked egg.

Seems to me that some people get carried away with chickens, bringing home dozens of chicks at the time.  Remember that when they hit their prime, each of those Marshmallow Peeps is going to be giving you an egg almost every day.  Great if you can trade 'em or use them to fatten hogs.  But overkill if you're just producing for household use.

Chickens have the shortest natural lifespan of farm animals.  They usually have only a few prime laying years, then slow down as they age.  Fewer eggs per week.  Longer off-season breaks.  They have been known to live more than a decade.  But most don't.  Pragmatic farmers often slaughter hens after one or two seasons.  We find that older birds still produce enough to justify their upkeep, which isn't much after-all.  And, though I know it's anthropomorphic nonsense, I'm not enthusiastic about wringing the neck of a critter that has willingly provided me with a whole lot of breakfasts.

Still, age and attrition require that replacement hens be on the rise every year or two.  We have one tractor with the semi-retired survivors of our eldest batch, a second with young hens in their laying prime, and a third with pullets coming up.

Since chicks are cheap, and so easily available, it's really not worth the effort to produce your own.  Even as the Cornucopian Era breaks down, there will probably be farmers in your area with whom you can trade for a few chicks now and then.

But, if you're determined to be as self-sufficient as possible, you can hatch your own replacement birds.

First, you'll need roosters.  One for every five to ten hens should be more than sufficient.  Keep in mind that cross-bred chickens like Cinnamon Queens don't breed to type, so the offspring may bear little resemblance to the parents.

Fertile chicken eggs stay pretty much dormant until subjected to continuous warmth, which triggers embryonic development.  Then it takes around three weeks for them to hatch.

Some old-style homestead farms are essentially chicken anarchies, with hens nesting hither and yonder.  Most eggs would get collected.  But there are usually a few broody hens who want to build up a clutch (like a dozen eggs) and set them 'til they hatch.

Many modern laying hens tend to have weaker brooding instincts, so reproduction is more successful if fertilized eggs are collected and placed in incubators.  Small, electric incubators are reasonably affordable for home use...  There are even kerosene fueled models out there for off-grid. 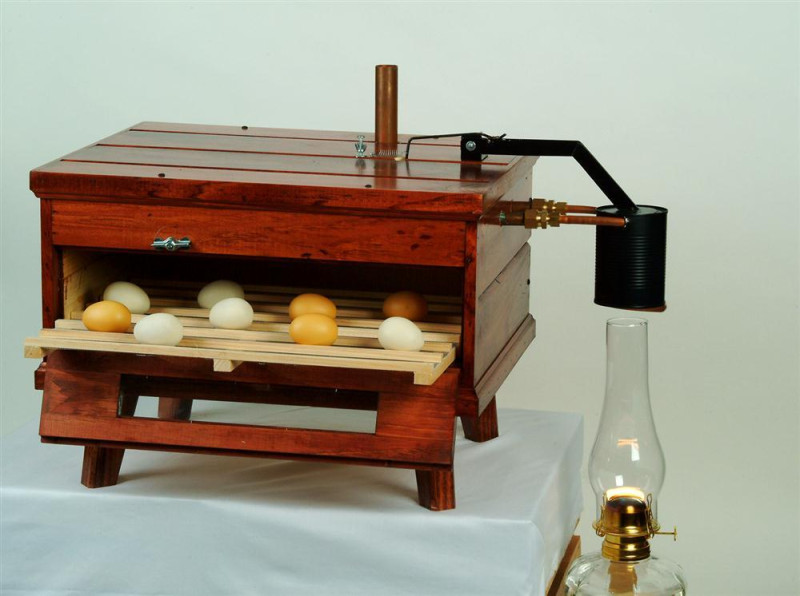 Incubators maintain constant warmth and humidity.  They may also turn the eggs, which has to be done frequently by hand if the machine doesn't handle it.

If everything goes well, you can look for 50-75% hatch rate on fertilized eggs from your own hens.  About half of the chicks will probably be roosters.  One of the advantages to most homestead chicken breeds is that they are dual purpose for eggs and meat...  Which is good, since nobody needs a bunch of ornery roosters.  As soon as they start to be a nuisance, you channel Colonel Sanders and deal with 'em. 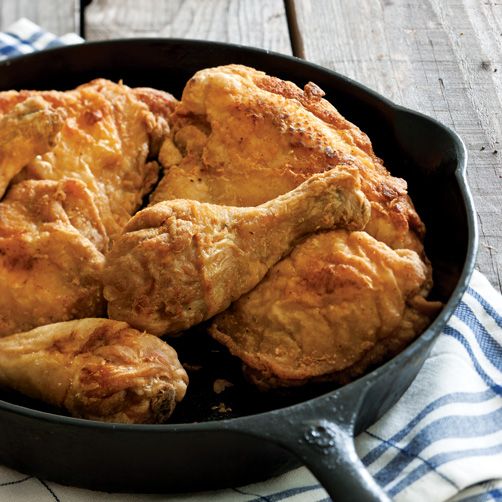