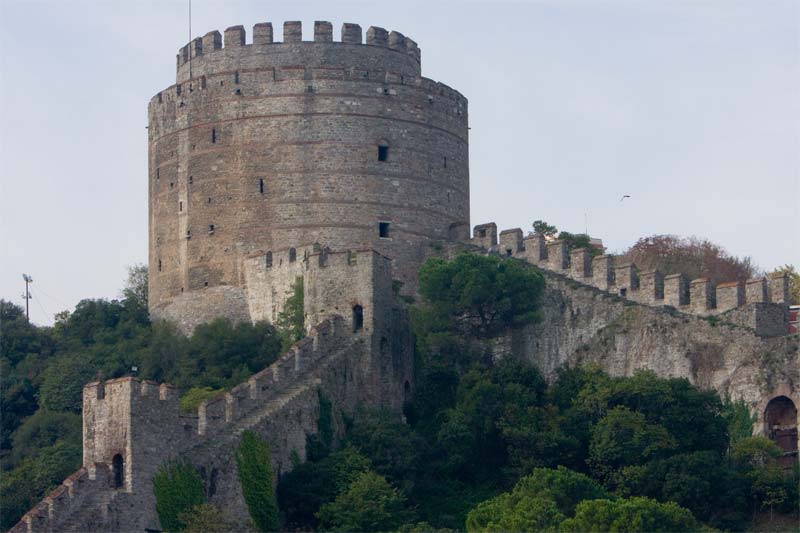 There's no point in building up a well-stocked, self-sufficient doomstead if the unprepared can just waltz in and take everything from you.  So security and defense are essential considerations.

Guns and other weapons are always a popular topic among preppers, and I'll be getting to those shortly.  But, if you find yourself going through a lot of ammo resisting constant siege, your prospects for long-term success are pretty miserable.  Old Horseman's First Rule of Gunfighting: Stay the heck out of gunfights!


Be out of the way and out of sight.
Perhaps the most important aspects of doomstead security were touched upon in the Location and Layout sections.  Many doomers have the notion that people from the city will pour out into the countryside in the event of a discontinuity.  Like a plague of locusts, the unprepared will sweep across the land, looting the farms, picking the woods clean of game...

Historically, that is not what happens.  Urbanites don't disperse, they gather.  Most just wail about how SOMEBODY needs to make it all better for them.  The worst of the lot will loot their own neighborhoods.  They do not embark on multi-day hikes into the boonies, then spend hours pushing through the woods in the hopes of finding resources.  Not even if their city is literally in flames or under water. 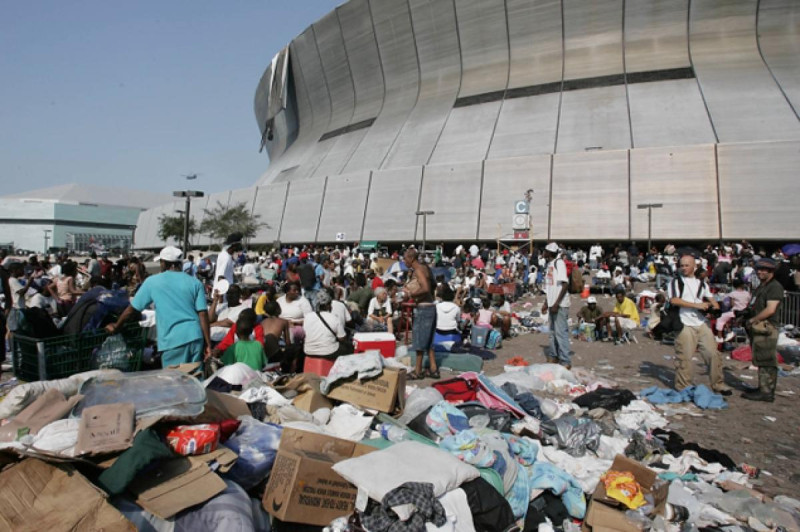 What urban dwellers REALLY do when SHTF.
So putting your doomstead a good distance out from the big city, laid-out so that it's not visible from a major thoroughfare, is your first line of defense.

Activate SEP Field.
One strategy survivalists like to talk about is being a Gray Man.  Someone utterly unnoticeable whom nobody would bother to mess with...  The same concept applies to a doomstead.  The appearance of the place should say "Nothing worth stealing here!" with an undertone of "You got a real purty mouth".

This actually seems to contradict the basic idea of prepping, which is to have a relatively high standard of living despite TEOTWAWKI.  But looking like Poor White Trash doesn't mean you really have to live that way.  A storage shed or smokehouse built to look like an old outhouse creates the impression that you don't have functional indoor plumbing, even if you do.  Dilapidated vehicles rusting in the barnyard can provide storage space, spare parts, scrap steel for the smithy, all while creating the impression that looters are going to come away with nothing but rat bites and tetanus.

Silence is Golden.
"Loose lips sink ships", the old idiom goes.  The last thing you need is a lot of people knowing where they can go to mooch, beg, burgle, rob, or 'confiscate' your limited doomsteading resources when things get rough out there.  So don't advertise, brag, or show-off too much.

On the other hand, you don't have to treat your preps like nuclear launch codes.  It's not like someone who saw your FaceBook post in a doomer group is likely to come halfway around the world to grab your Spam stockpile when SHTF.  For all he knows, you were lying to begin with!   Most people, especially the criminally inclined, wouldn't have the competence or know-how to make use of doomsteading stuff anyway.

Latest doomstead investment, four tons of concrete for Maudie's night corral.
Good luck stealing that.
Don't aggressively evangelize or recruit preppers.  Let networking with other prepared folks happen organically in its own time.  Everyone has access to the same information you do.  It's not up to you to carry people whose idea of planning for trouble is to show up on your doorstep when they could have made their own preparations.

Perimeter Defenses.
If you have to defend your doomstead, it's generally best to do it at as great a range as possible.  So long as civil authority is a thing, hardcore perimeter defenses like landmines and punji traps can get you into a lot of trouble...  Even in a WROL situation, maiming someone for simple, possibly unintentional, trespassing isn't going to go over well with the victim's people.  But less brutal approaches like maintaining thick brush with plenty of briars and difficult to navigate access roads can discourage strangers from taking an interest in your place without making it obvious that you have anything worthy of defending.

Alligators In the Moat.
Animals have long been valued for their ability to detect (and perhaps deal with) intruders.  Most obvious are dogs.  But guineafowl and peafowl are also known as great natural alarm systems.  Horses will usually detect anything out of the ordinary well beyond their fence line, and a horseman who knows the herd can deduce what they sense by how each of the individual horses respond.  Even the wild animals serve as perimeter alarms, as it's nearly impossible to push through the brush without causing SOMETHING to be noisily startled. Getting chomped by the mongrel hounds is relatively low on the trespasser's list of concerns on a rural doomstead.  Cross into the wrong paddock and one could be set upon by an ornery bull, territorial stallion, defensive mamma cow or mare, or worse.

Cue 007 Theme.
Whilst technology holds out, it can be used for additional perimeter security.  Discrete, wireless video cameras allow you to watch and record what's going on at remote parts of the doomstead.  You can even use camera drones to fly in for another look. 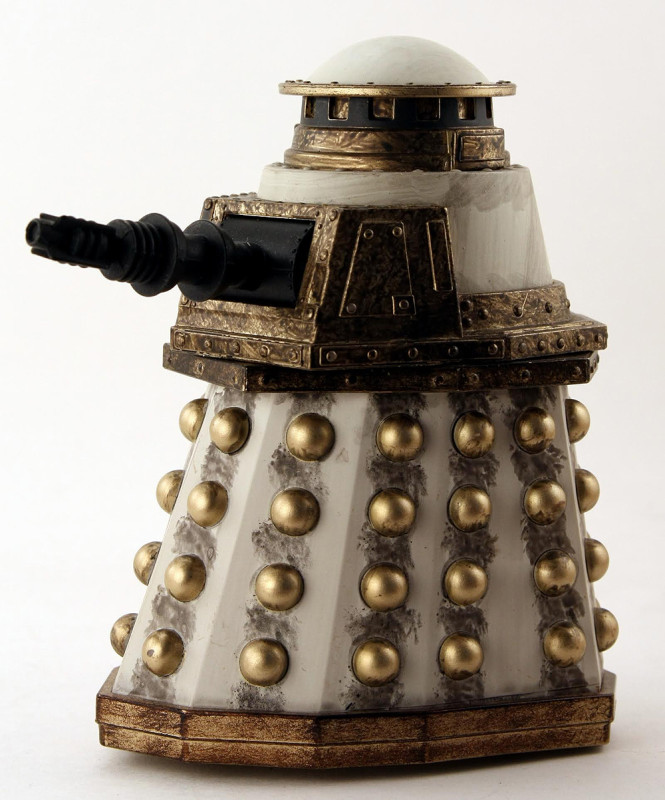 If you're technically inclined, you might even consider more... assertive... remote security systems.

Community.
I've always been a bit dubious of the hippie ideas of post-collapse communes, but that doesn't mean we expect everyone to be isolated in their own bunkers.  Mostly self-sufficient doomstead folks will still form ties with their neighbors for their mutual benefit, and that includes security.  This means everything from an informal neighborhood watch, so that problems can be identified and guarded against, to forming a posse or ad hoc militia to cope with more serious threats in WROL situations. Hollywood action heroes are not who you need on your side when things get real.

Reconnaissance.
Hunkering down too hard for too long can leave one oblivious to encroaching threats until it's too late to react.  It may be wise to quietly venture out, both to touch base with neighbors, and maintain awareness of what's going on beyond the boundaries of the doomstead.  Such patrolling can be hazardous.  If one encounters unfriendly elements, superior mobility, back-up, and force may be essential.  Approach strangers with caution to the point of paranoia.

Stay Connected.
Communications are covered elsewhere in this book, and are essential to coordinated security.

Worth the Hernia.
The last line of defense.  Big gun safes are roomy, relatively affordable, and can store much more than just guns.  I prefer the old fashioned mechanical locks over modern electronic types because the latter don't have a centuries-long track record.

Buying gun safes can be a tricky endeavor.  Sometimes an expensive, prestige-branded safe and a generic brand are identical (from the same factory!) except for the label and price.  "Premium safes" are often glorified lockers that can be defeated with a crowbar, while mid-range safes from other manufacturers are dramatically stronger. 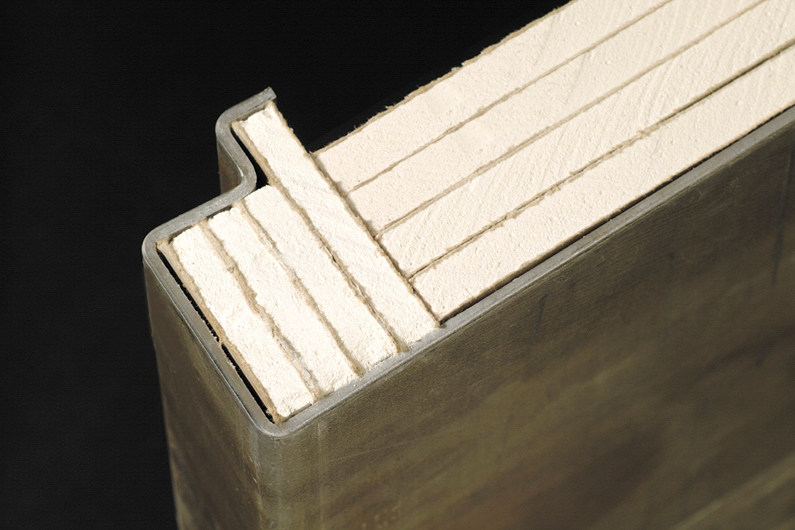 Real safes are made of plate, not thicker-LOOKING hollow sheet metal.  So even modest-sized examples are obnoxiously heavy.  Our office safe is 5' x 26" x 20", and weighs around a quarter ton empty.  The doors should fit well enough that a heavy tool can't get in to pry at the seams, and the design should be recessed into the jam in such a way that even a thin screwdriver blade can't be inserted more than a fraction of an inch.  External hinges are not a liability, because the hinge side of the door should lock-up independently of them.

The safe should be bolted to the floor from the inside, both for safety (with the heavy door open, it may be possible to accidentally pull a safe over!) and security (so bad guys can't wrap a chain around it and drag it off with a truck or something).

Hiding or disguising a safe adds that much more security.

Because the safes are fire-resistant and humidity-moderated (with cans of silica gel beads), I keep my stockpile of reloading supplies, including 'gunpowder' in them.  It wasn't until I saw a video of someone demonstrating how he could break into a gun safe with a cutting wheel power tool that I realized anyone doing such a thing would send a shower of sparks into the confined space in the powder-laden safe, creating a massive forced chamber explosion.  Since, in order to get to our safes in the first place, the thief would have to kill our dogs, we think it's totally worth blowing up the house to make sure they get an express ticket to Hell.

There is no such thing as impenetrable security. But thieves and assailants don't have unlimited time, energy, or resources.  Your doomstead just has to seem like more trouble than they think it's worth.