TEOTWAWKI Doomstead is in the hills on the far end of a rural county, more than a mile (rough and rocky access 'road' with a creek to ford) back into the woods.  Forget about cable, fiber, or even passable cell signal out here.  We do have a line from the old phone company, and have been able to get the ragged edge of a DSL connection.  But, since Windstream bought out the local co-op, maintenance hasn't been a thing.  I can only patch the brittle, aging copper wires and corroding junction boxes together for just so long myself.  And we were paying way too much for under 5Mbps at best, when it worked at all.

So we finally decided to try the only alternative there is for us.  Satellite Internet.  Despite the horrific reputation it has online... 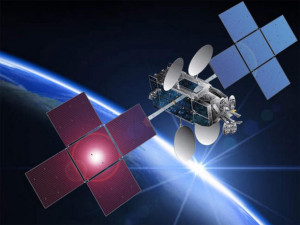 One of the complaints I often read about Satellite is that the companies (all both of them) lie to get people to buy...  There's some truth to this.  But I have to wonder if the complainers are "new" or something.  In my day, we were educated young by comic book ads for X-Ray Specs and Sea Monkeys.  Advertisers have been known to stretch the truth just a bit!  The pretty lady in the Satellite commercial has like 30 seconds to get you interested.  She's gonna keep it simple and positive, but not entirely honest!

"FAST SPEEDS"...    Well, I suppose they're fast relative to dial-up or a bad DSL.  But not really anything to brag-on in the world of cable, fiber, 4G, etc.  Folks just a few miles closer into town are supposed to be able to get DSL with twice Hughesnet Satellite's advertised speed.

"UNLIMITED DATA"...   Hughesnet is fibbing pretty bad with this one.  They don't cut you off or charge you extra if you overshoot your monthly data cap, but they do throttle your access speed down to under 3Mbps for the rest of the month.  ViaSat is a little harder to pin-down.  But they will also throttle your service for a while if their algorithm determines you are using too much data too quickly.

"STREAM VIDEO"...  Some.  But you're gonna need the super-premium package to stream HD NetFlix, Hulu, or whatever for binge-watching.  Even then, you'll be astonished how quickly you burn through your data.

"ALL THE THINGS YOU LOVE ON THE INTERNET"...  Unless you love real-time gaming, sensitive content (to the degree that you need a VPN), or using your home WiFi as a hotspot for your cellphones.  Latency (the delay created by the time it takes your signal to make the side-trip to a satellite 25,000 miles away) makes these things difficult to impossible.

"AFFORDABLE PRICE"...  Well, compared to paying to have enough infrastructure privately installed to reach good Internet hard wire, it's affordable.  But it's more money for less value than any other broadband on the market, subscription-wise. (Especially if you remember to include the equipment rental!)


Funny thing is, five to ten minutes reading the Hughesnet website would have consumers forewarned of all this.  They give a pretty good estimate of how much you can do with a gigabyte of data.  They admit that latency ruins gaming, screws-up VPNs, and makes cellphone-through-WiFi a mess.  You just have to scroll down the page a bit.  Go to the FAQs.

Instead, people chat with a rep on the phone...  Forgetting that these are SALESPEOPLE.  They are paid to get you to order the service, not to talk you out of it!  Most of them don't even use Satellite themselves.  They probably aren't intentionally lying when they tell you that you can do games, HD video binging, etc.  They're just guessing that you can, because they figure that's just regular Internet stuff!

I read the site.  Knew about the confessed shortcomings.  Ordered it anyway.  'Cause I'm getting too damned old, and have too much else to do, to be spending days Tarzanning around in the trees re-stringing broken telecom lines! 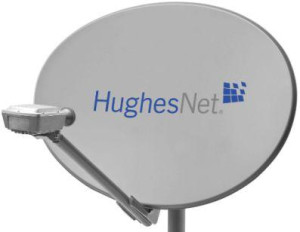 Because Satellite Internet requires transmitting as well as receiving, you're not legally allowed to self-install like you can with Satellite TV.  But there's no way that the Satellite Internet companies, with only a little over a million subscribers apiece, spread-out over the hemisphere, can maintain a fleet of trucks and crews to do installation and service.  So they have to rely on independent contractors.  (Some of whom then rely on sub-contractors!)

So the folks who show up to mount your dish and set-up your router are a mixed bag.  Lots of horror stories about obnoxious installers who left a mess and / or did a lousy installation.  (Even though HughesNet and ViaSat both have detailed installation standards and requirements, with photo verification and post-surveys.)

The lad they sent 'round to do our set-up was polite, knew his job, and got it done well and efficiently.  He was driving an old, somewhat battered pickup truck, which is really for the best considering the kinds of places that need HughesNet Residential.  I would've felt bad if he'd had to drive a shiny, new vehicle through the rough brush and rocky, rutted path that we call a driveway.

I suspect a lot of the complaints about Satellite Internet have to do with poor installation.  It's difficult to hold on a target at 25,000 miles!  The dish may get a good signal through trees in the Winter, then lose it when they fill with leaves in the Spring.  A dish mounted to a shaky structure isn't going to have consistent reception.  Even a fairly solid wooden structure may swell and shrink with the weather and throw your alignment off. 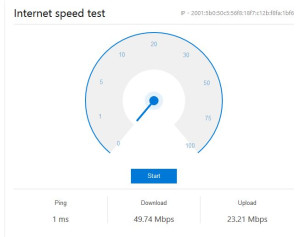 Only six weeks in at this writing, so just getting a feel for this Buck Rogers tech...

Speed...  I've been checking regularly, and I usually get the advertised 25Mbps or better from HughesNet with proper, long-format tests.  The more common quick tests indicate how erratic the speed is though.  Ranging from 2 to 50Mbps from one moment to the next.  Latency / ping is so high that some tests can't even measure it correctly.

Reliability...  Severe storms have taken us offline a couple of times so far. (Naturally the weather goes to Hell in a handbasket the week after I get the dish.)  Both times, the system came back online when the weather started to let-up.  Other than that, the connection has been constant.

Ease of use...  At the user end, it's your basic broadband router.  Four Ethernet ports and WiFi.  You can access the modem's internal software through your browser to see current satellite signal strength, remaining plan data, etc.

Video streaming...  I don't know about NetFlix, Hulu, or the rest of the subscription services.  (We get Gunsmoke and Svengoogie via an old-fashioned antenna. Who needs anything else?)  Other Internet videos work, but can be a bit tricky.
Video servers usually check your connection speed, use an algorithm to decide what resolution to send you, at which data rate, with what amount of buffer.  At the same time it's doing this, the video page is sending you advertisements, annotations, suggested videos (with thumbnails and maybe previews), and the comments section.   With the satellite latency and erratic transfer speed making this a bad case of cyber-hiccups, the server often gets confused and sticks you in the super-slow lane with repeated buffering.
An ad blocker helps.  I pause the video immediately, then switch off annotations, manually set the resolution to SD (480), scroll down a bit to load the comments, let the suggested videos thumbnails load...  By this point the video should have a bit of buffer loaded, and should play well when I resume it.
Maybe.

Uploading...  No problems so-far.  Much faster than the DSL was on its best day.

Downloading...  No matter how fast your connection speed, you can only download as fast as the servers will  feed you the file.  Downloading from a monolithic host has been very fast.  Downloading from any sort of torrent/P2P type server tends to be horribly slow.  I suspect this is due to the satellite latency slowing down the ever-switching connections involved, bottlenecking the flow.  Still looking for a workaround.

VoIP...  Saying "goodbye" to Windstream also meant losing our land-line phone.  With no cell service back here, we would have to rely on phone via Internet.  Due to the connection switching latency, this has known issues with Satellite.  Both Satellite providers have their own VoIP services that are supposed to be optimized for the purpose.  But we're trying the third party VoIP we already had, which costs well under half as much.
Aside from the inevitable lag, it works well with outgoing calls.  But it doesn't ring-through for incoming.  Those go to voicemail/email.  Need to check with VoIPly to see if they have a fix on their end.

Data...  I was in for a surprise when we started.  I knew we were being frugal, but the needle on our 'fuel gauge' not only didn't go down quickly, it seemed to be going back up now and then!
Turns out this wasn't a delusion.  Although they don't promise/advertise it, HughesNet seems to give new users a 20 day breaking-in period during which data consumption doesn't count.  Now that this is over, I see that the plan data is being consumed at a rate that will probably have us run out of data before the end of the month this time around.  Then we'll see how much of a handicap the throttled speed is, and whether the throttle is lifted during the bonus hours.